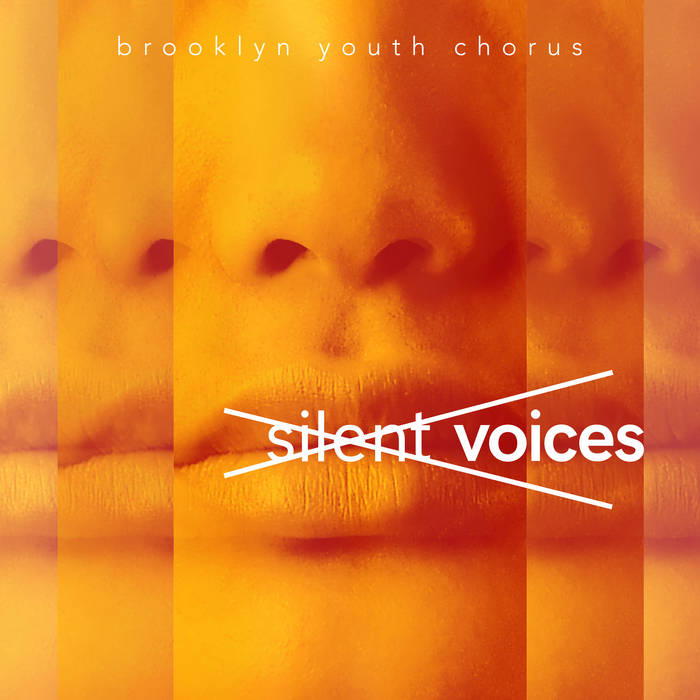 The album features a selection of works from the Chorus’s ongoing multimedia, multi-composer concert series of the same name, installments of which have been performed at the Brooklyn Academy of Music (May 2017), National Sawdust (April 2018) and PROTOTYPE Festival (Jan 2017). On the album, pieces from Jeff Beal (“House of Cards”), Ellis Ludwig-Leone (San Fermin), Mary Kouyoumdjian, Paul Miller/DJ Spooky, Nico Muhly, Shara Nova, Toshi Reagon, Kamala Sankaram, Caroline Shaw are performed by Brooklyn Youth Chorus and the International Contemporary Ensemble (ICE).

The Silent Voices project began during the Brooklyn Youth Chorus’s 25th anniversary season, born out of the desire to create music that was both topically relevant to its very own choristers, and to the time and place in which we all live. Silent Voices gives voice to those that have been silenced or marginalized, and harnesses the power of young people to be instruments of change.

The Chorus commissioned a diverse group of innovative artists to interpret rich historical narratives and personal stories creating individual works that explore race and identity, gender and sexuality, inequity and social disparity. The Silent Voices series began developing prior to the 2016 election when the political prospects looked very different.

“After the election, the importance and interpretation of the work changed—just because people’s focus on these issues of racism, sexism, immigration, minorities, and climate change became much more personal,” explains Brooklyn Youth Chorus Founder & Artistic Director Dianne Berkun Menaker. “All of a sudden the fear, and the divisiveness, and the categorization—who’s in and who belongs and who’s out—all had very different kinds of meanings. People were frightened, and young people were frightened. All young people are in some way also silent voices in society, because they’re so undervalued. But they in many ways are much more evolved in their thinking than many adults. This world is changing in the hands of young people, and it’s time for people to hear that.”

The album’s libretto is drawn from personal narratives, interviews, and historical texts, including original writings by Claudia Rankine (Citizen), and passages from authors and thinkers including Michelle Alexander’s The New Jim Crow; George Savile, Marquis of Halifax’s 17th century chapbook to his daughter, The Lady’s New-Year’s Gift; and Patricia Bell-Scott’s The Firebrand and the First Lady, which draws from letters between civil rights activist Pauli Murray and First Lady Eleanor Roosevelt.

Unifying this musically and topically broad work is the distinctively beautiful sound of the rigorously-trained singers—a chorus of culturally and socioeconomically diverse New York City young people, ages 12–18. This collection of songs and voices has empowered the young singers to use their voices to uplift others, creating music that truly matters.

A selection of works featured on the Silent Voices album will be performed by Brooklyn Youth Chorus and ICE at NYC’s (le) Poisson Rouge on November 6, which is, appropriately, Election Day -- a day that brings opportunity for Americans to address the very issues the project explores. As Brooklyn Youth Chorus members are not yet able to vote, Silent Voices is an opportunity for their voices to be heard on this critical day.

Bandcamp Daily  your guide to the world of Bandcamp

Featured sounds by K.Spark and WIZDUMB, plus Basi joins the show to discuss his latest release.